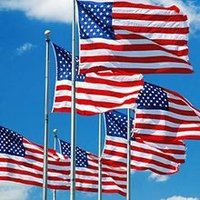 Danny Wayne Johnson, Sr., 70, of Disputanta passed away on the morning of Thursday, September 5, 2019. He was born in Kentucky to the late Clark and Jenny Milby Johnson. Danny is reunited in passing with his loving wife of 39 years, Angela Johnson. He is survived by his children, Danny Johnson, Jr. (Carla), Samantha White (Bobby), Elizabeth Dereski (Wayne); 10 grandchildren; one great grandchild; sisters, Shirley Lewis, Cecilia Grim; brothers, Jerry Johnson, Edward Hodges and several nieces, nephews and cousins. Danny is retired from Honeywell and is a Marine veteran who considered serving during Vietnam as one of his proudest accomplishments. He was a member of the American Legion and the VFW. His memorial service will be on Wednesday, September 11, 2019 at 3:00 p.m. in Virginia Veterans Cemetery, 10300 Pridesville Rd, Amelia, VA 23002. There will be a family reception at 5:00 p.m. at VFW post 637 (1400 Lynchburg St. Hopewell VA 23860) In lieu of flowers the family suggests memorial contributions be made to Hospice of Virginia's Hope program 2235 Staples Mill Rd., Ste. 100, Richmond, VA 23230.