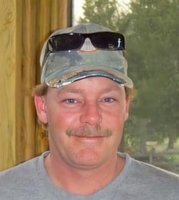 Fred “Freddy” Leon Vicars III, 52, went to be with his beloved mother, Joann P. Fitch, on Friday, January 22, 2021. Freddy is survived by his beloved Aunt Hazel; three beautiful daughters; Kristina Rae, Brittany Jo and Tiffany Renee who blessed him with five amazing grandchildren; three sisters, Shannon, Charlotte and Bonnie; brother Shaun; his stepfather Roger and his biological father Leon. He also had plenty of extended family and friends who hold him close to their hearts. More than anything, he loved to spend time with his grand kids and daughters, they were his world. Freddy had one of the biggest hearts and the most contagious laugh possible. He never met a stranger and would do anything for anyone. He was much loved and will be missed dearly.